We're going to create an LED torch for seeing our way around the camp.

You should have received an LED and a resistor with your badge. First, grab the resistor. Bend the legs over so they fit in the holes in the board, using the resistor lead bender.

It doesn't matter way round the resistor goes. 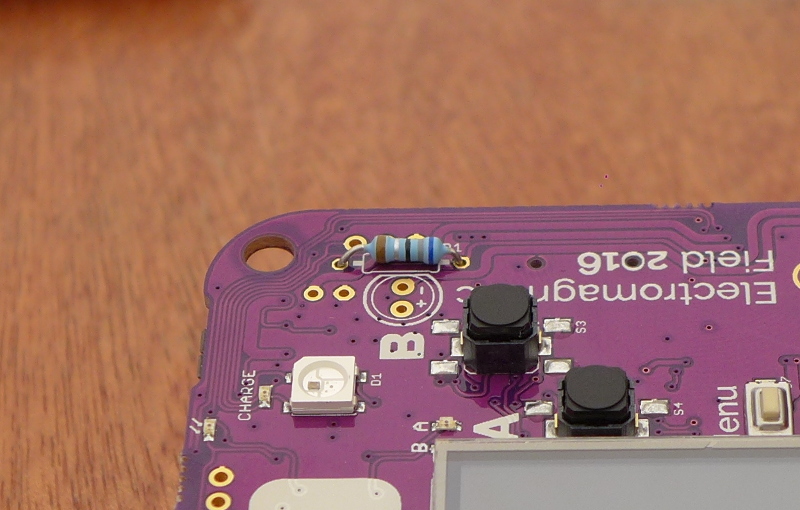 Flip over your board and solder the resistor in place, then trim down the legs to be flush against the board.

Next, the LED. It does matter which way round the LED goes - look for a flat side on the LED and match it up with the flat side on the board. Pull your LED out about a centimetre and bend it over a bit. 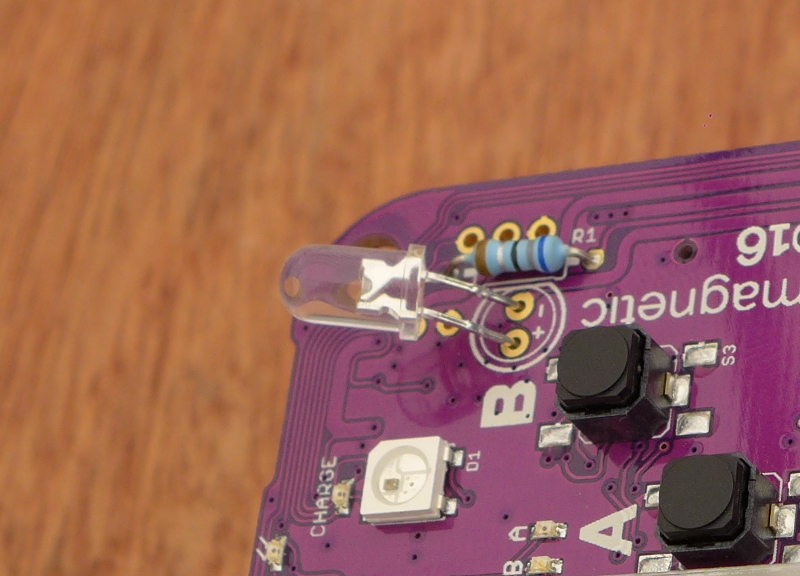 Flip the board over and solder the LED into place.

Plug your badge into your laptop, and use the information on https://micropython.org/doc/tut-repl to connect to the usb-serial port. If you hit Ctrl-C, you drop out of the badge software, and get a REPL prompt. You can tell this is working because you'll see three > symbols.

Type the following at the prompt. This should turn your LED on!

Of course, thats a bit of a pain to do every time we want the LED on, so let's make an app!

Your badge should have shown up as a USB drive. Open the folder apps, and create a folder within it called torch.

Create a file within this called main.py. This is your app's main file. Open it in a text editor.

First, we need to tell the badge some details about your app. This is done in a header section at the top of the file

You could save and run your app now, but it won't actually do anything yet. Lets add the code:

Save, and run your app. When you run it the LED should turn on, brill!

Of course, we're not showing anything on the screen. Lets have a nice dialog box to show we're in the torch instead of that while loop.

Run your app again and you should have a nice button you can press to shine a light in the camp!

You can unplug the badge from your computer when the LED has finished flashing, but we recommend you eject the drive first.