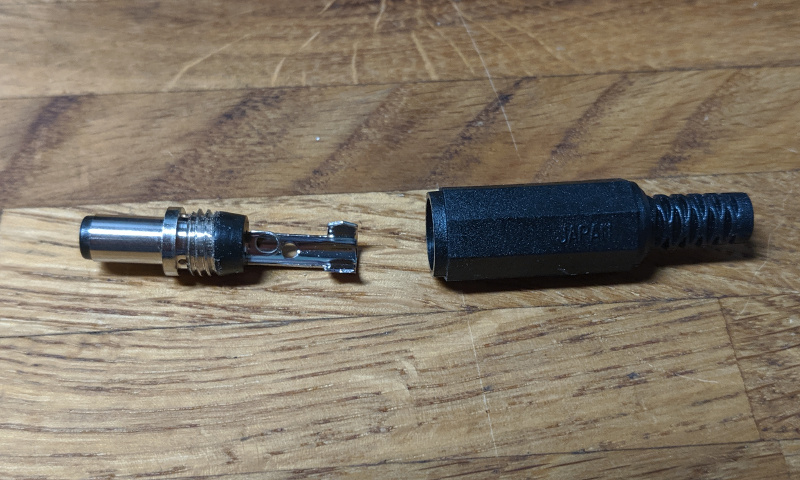 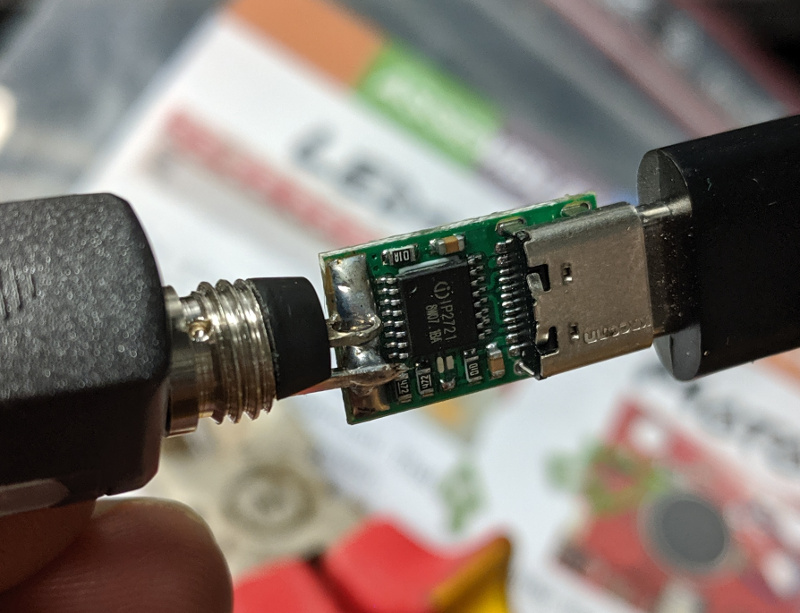 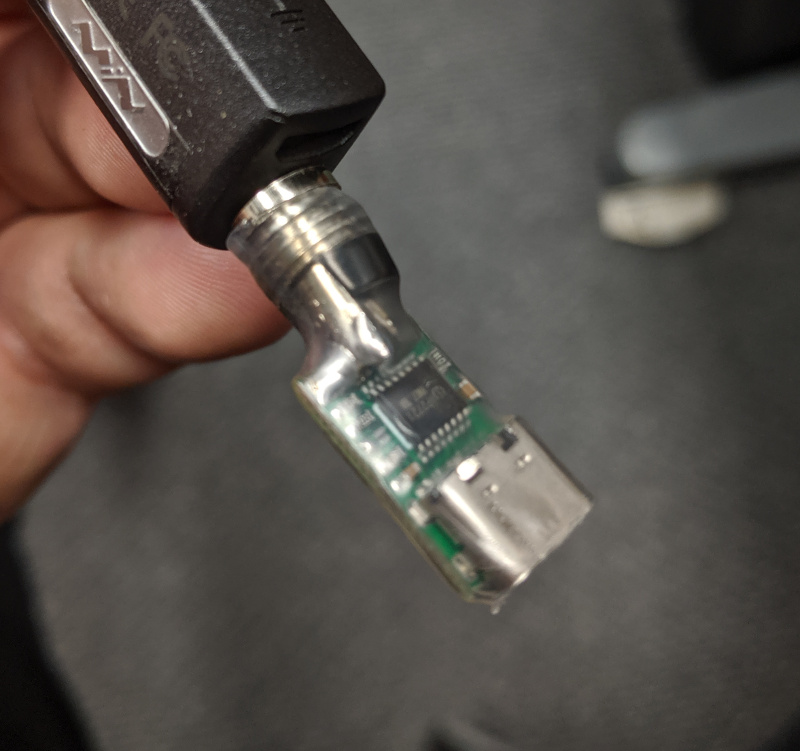 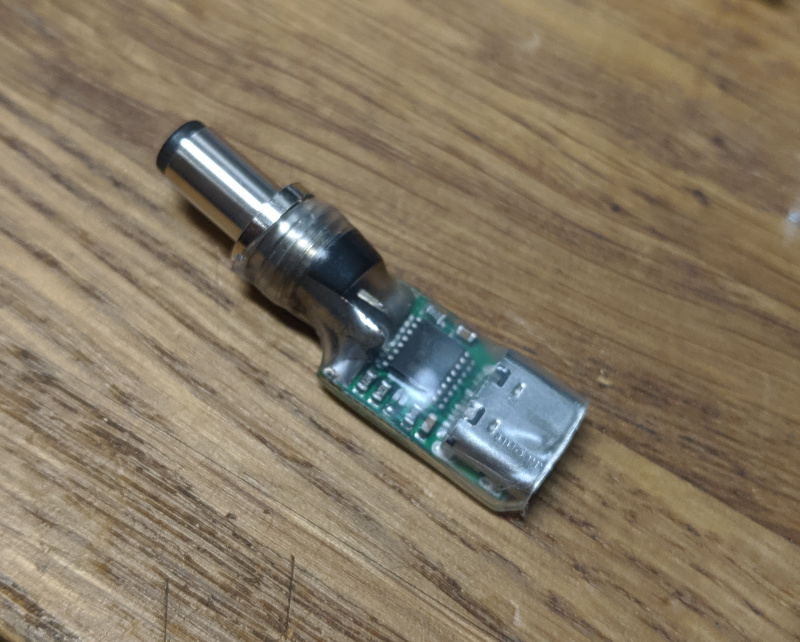 In late 2017, i was fiddling around trying to teach myself fusion 360, and accidentally found myself designing a giant red button. I didn't really have a use for it at the time, so i added a microswitch, printed it out, and had a random giant button sat around in my office, mostly getting in the way.

Fast forward a bit, and i've implemented a home automation system with a zigbee network, and a £5 Xiaomi Aqara Zigbee button. This button is around 5cm x 5cm, battery powered, and as far as I can tell lasts for infinity time from a single coin cell. I can't help but think though... what if it was giant instead?

Step one was of course to open up my nice new button. Quick attack of the spudger had the case popped open and ready for a bit of probing. Now, if i was designing this board, i'd probably duplicate the button out to a test pad or pin header somewhere. Luckily the engineers at xiaomi appear to agree with me, and the header in the top right is connected directly across the input switch, score!

I soldered a couple of wires to the board, and added some hotglue to provide a minimum of strain relief. As an aside, look at all those lovely labelled test points on the back of the board, this could make a fairly nice development board for the NXP zigbee microcontroller.

I wired in a microswitch to the other end of my cables, and pressing the microswitch triggers the button, yay!

A small amount of poking with a scalpel let me remove enough plastic from the corner of the case to feed the wire through and assemble the Aqara button.

Assemble into the button, and a little bit of hacking to make an automation in homeassistant, and we have a light switch for the 3d printer light! 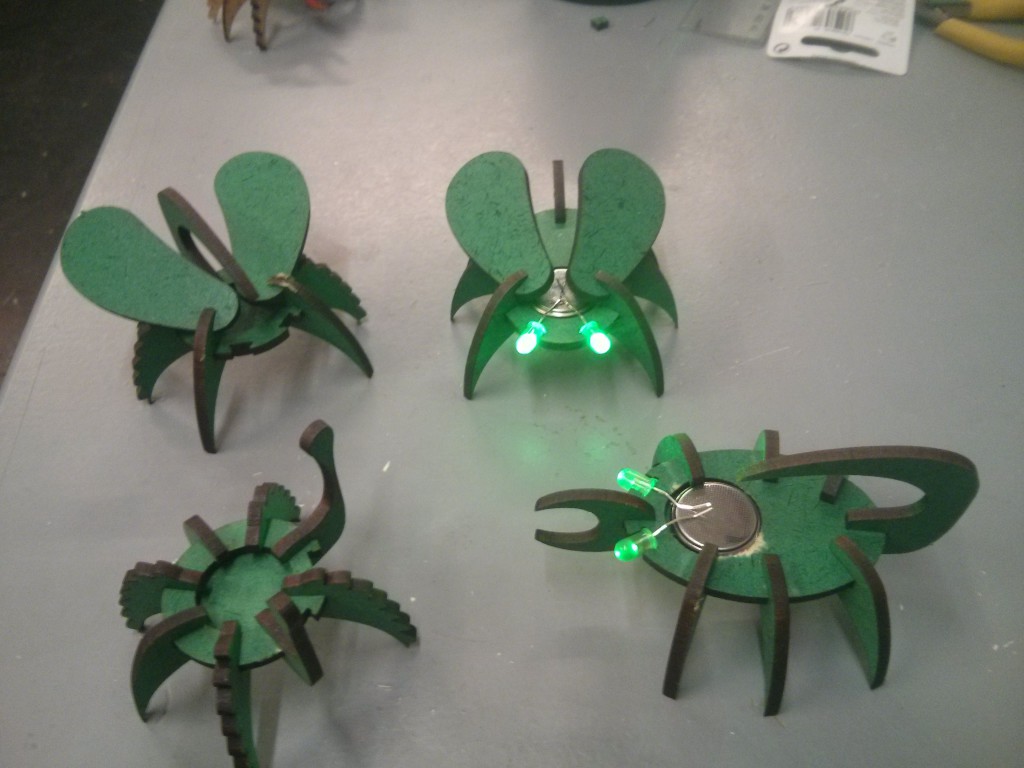 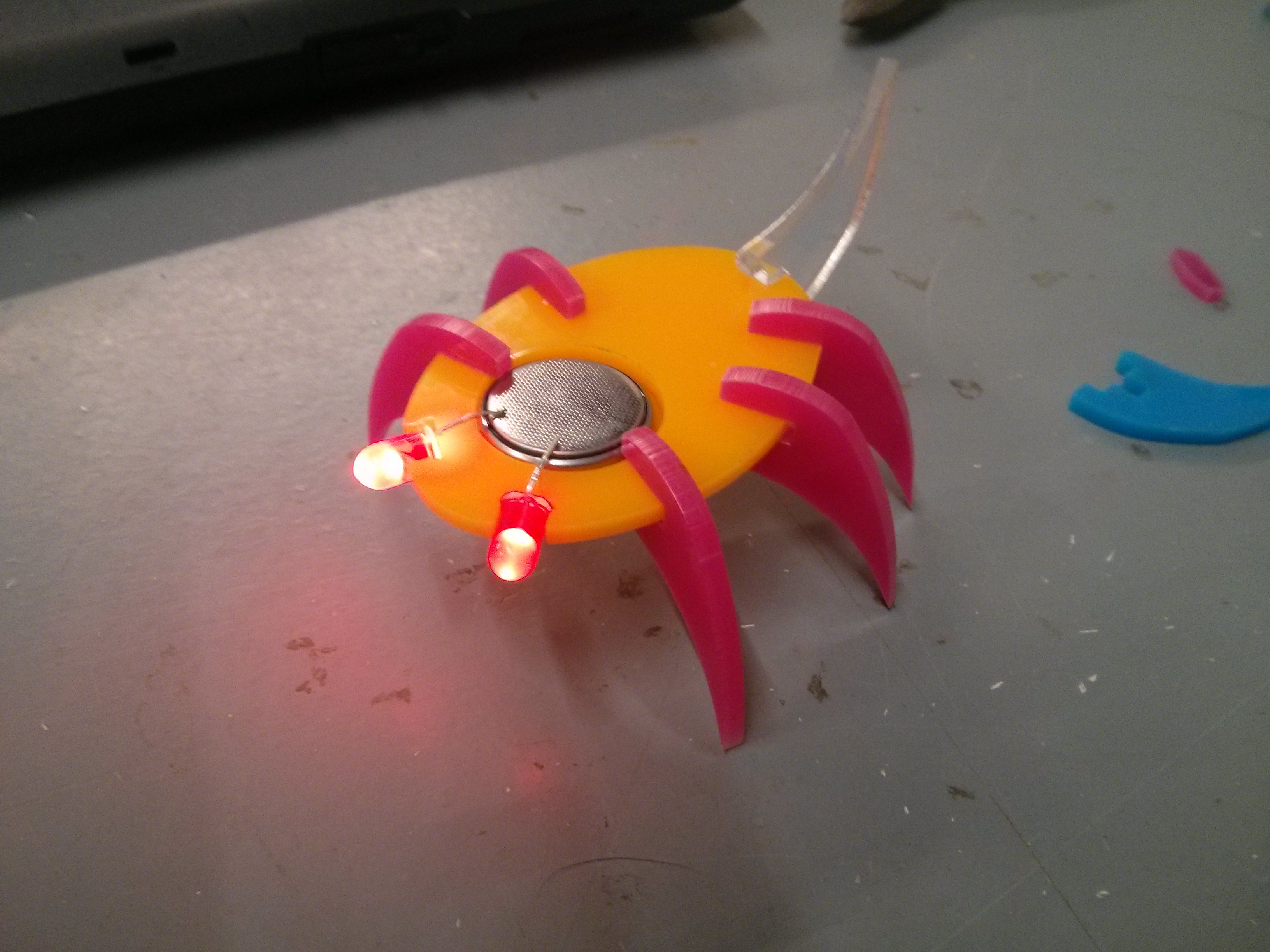 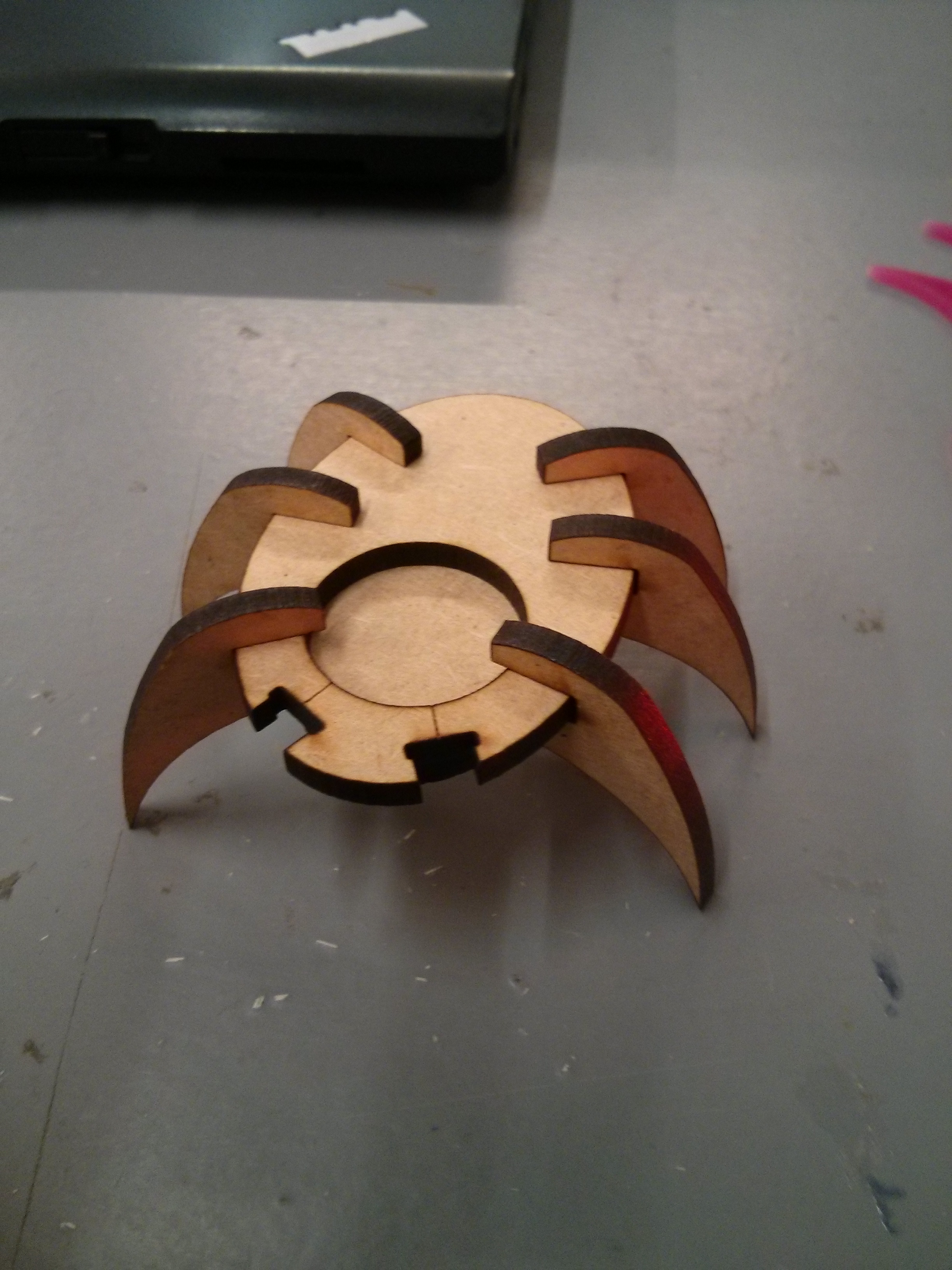 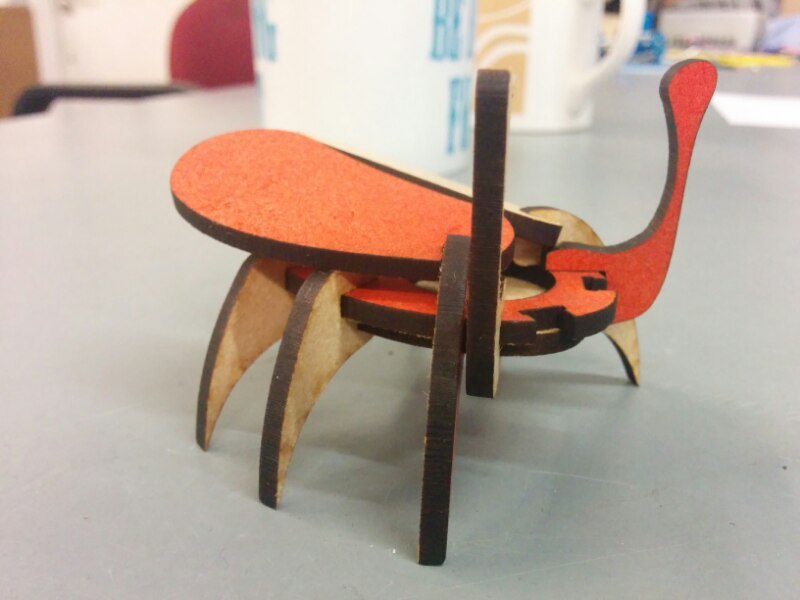 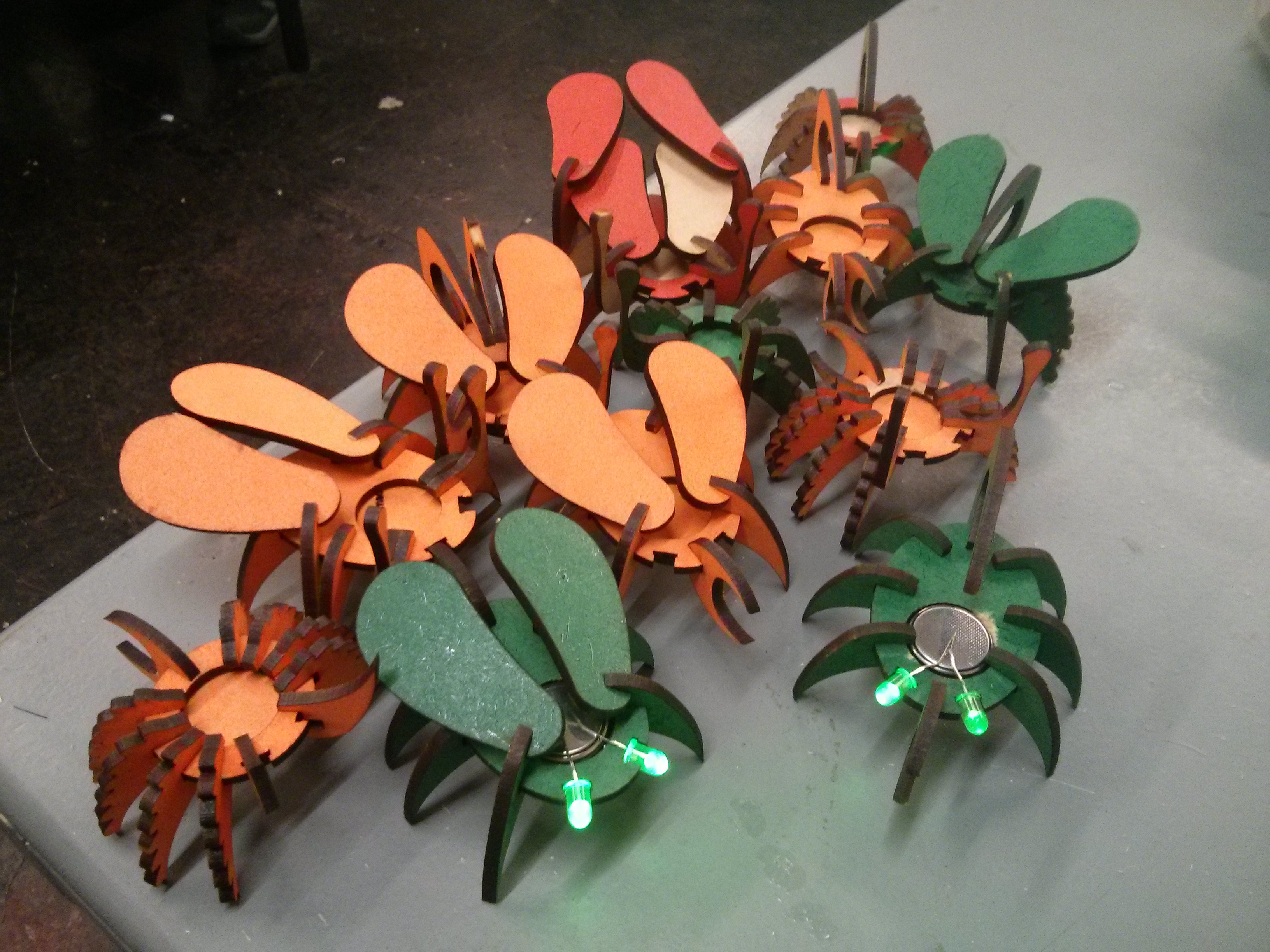 I'm a big fan of XBMC, and have an Ouya running XBMC set up in my lounge, streaming from my NAS. I normally use XBMC remote on my phone for controlling it, but this gets annoying when the phone is on charge, or I'm using it for something else.

I noticed that the majority of my TV remote is completely unused when the TV is in HDMI mode, and had a bit of a lightbulb moment! 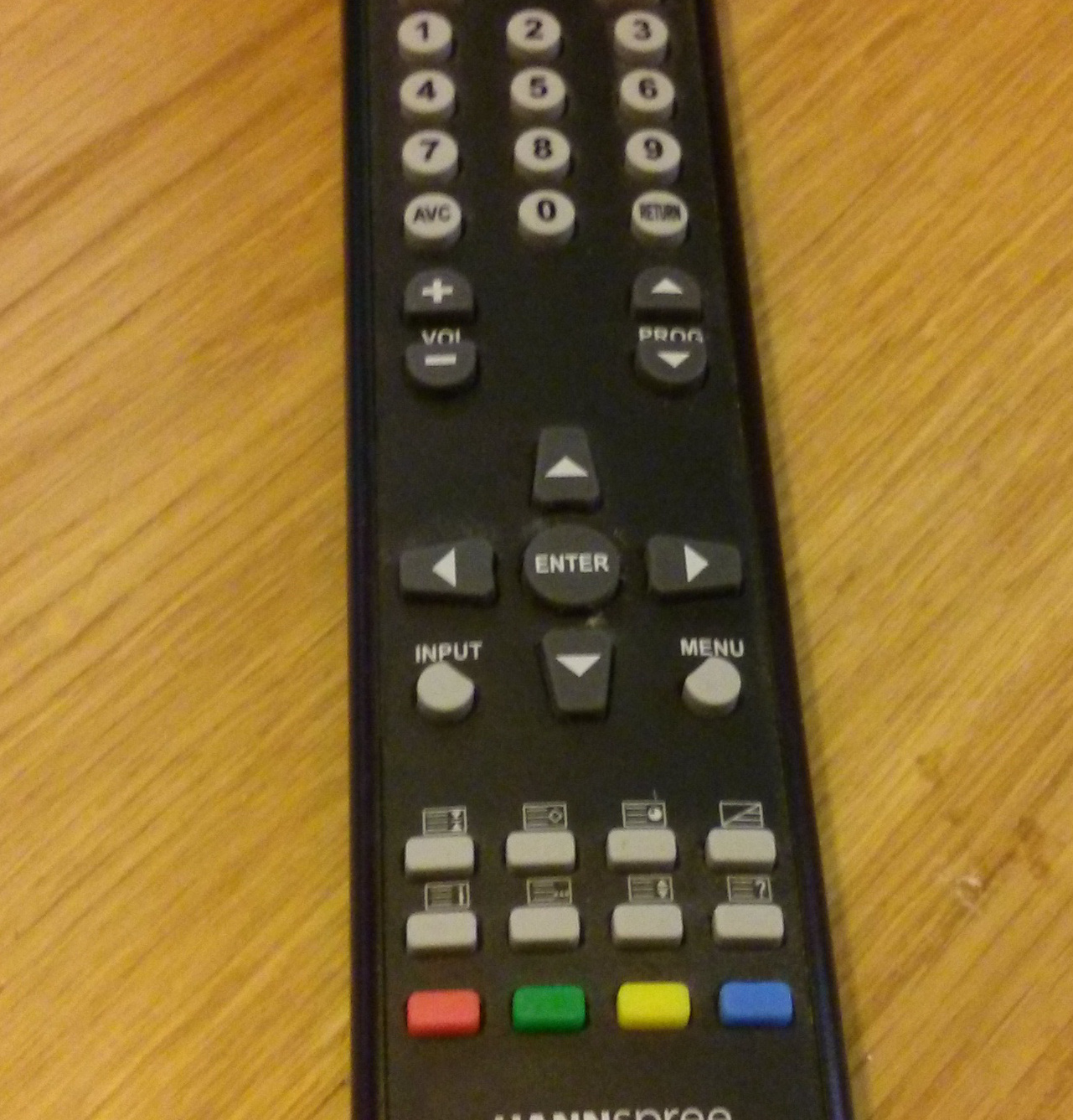 Almost none of these buttons are used!

I already had an Arduino Pro Micro (£3) lying about i'd bought for testing out as an upgrade path for the minimus based projects i've been playing with.  It is leonardo compatible, small, cheap and pretty easily available.  I added an IR Receiver (£1.10) to the weekly Hackspace Farnell order to complete the parts list.

The pinout of the IR receiver makes it very easy to connect to the pro micro, using the RAW (VUSB), GND, and A3 pins.  I just bent the OUT pin (pin 1) on the receiver to the left a bit as follows: 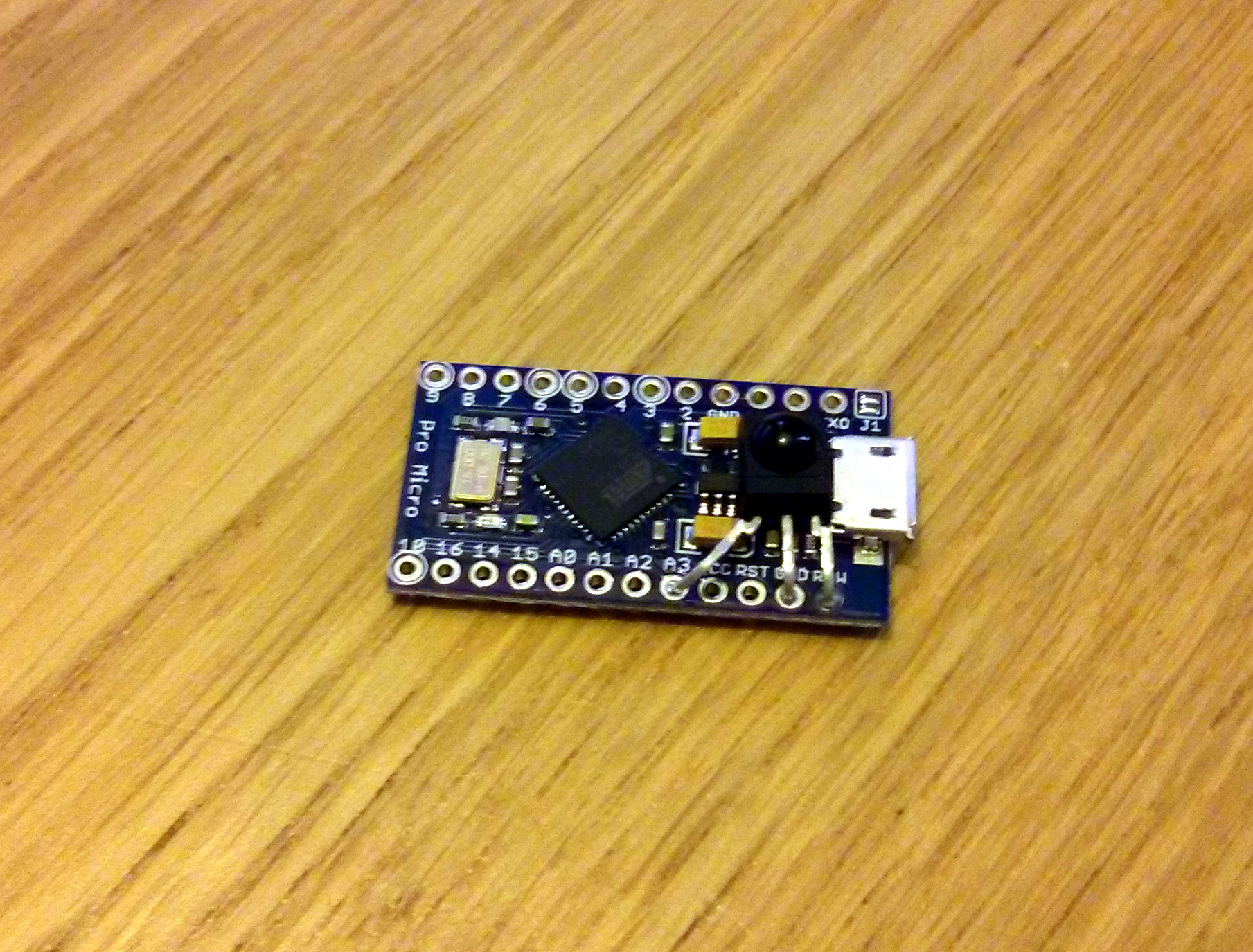 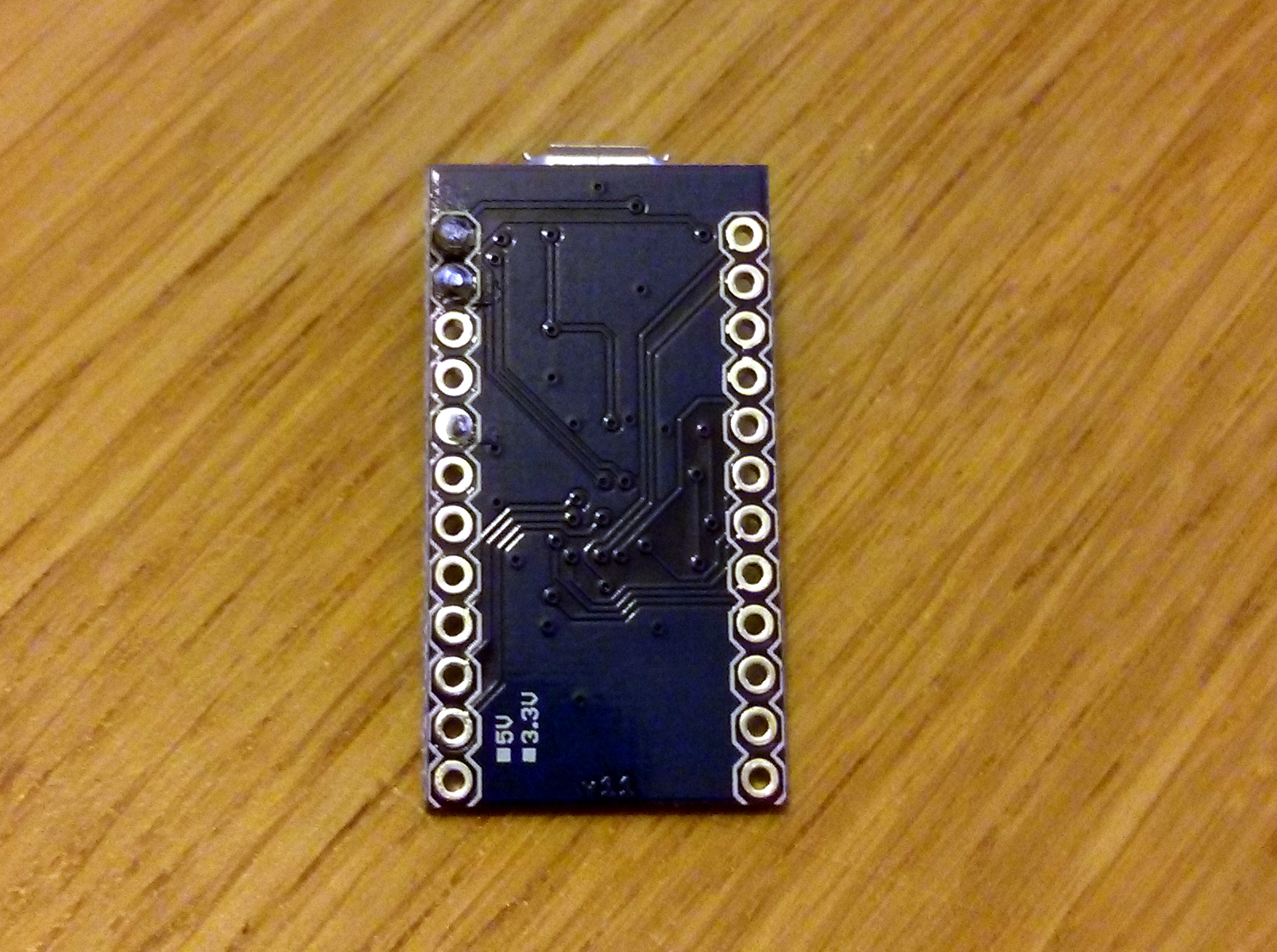 The body of the receiver fits perfectly behind the USB plug, flat against the voltage regulator.  I used the IRremote arduino library to grab data from the remote using the IRrecvDemo sketch and mushed some buttons:

My remote uses 0xFFFFFFFF as a 'key repeat' code, about every 200ms when the button is held down. I found that in practice I had to ignore the first of these, as it was repeating way too fast and doing double presses.

I tweaked the IRrecvDemo sample code, added in a bit of keyboard and came up with some working code: 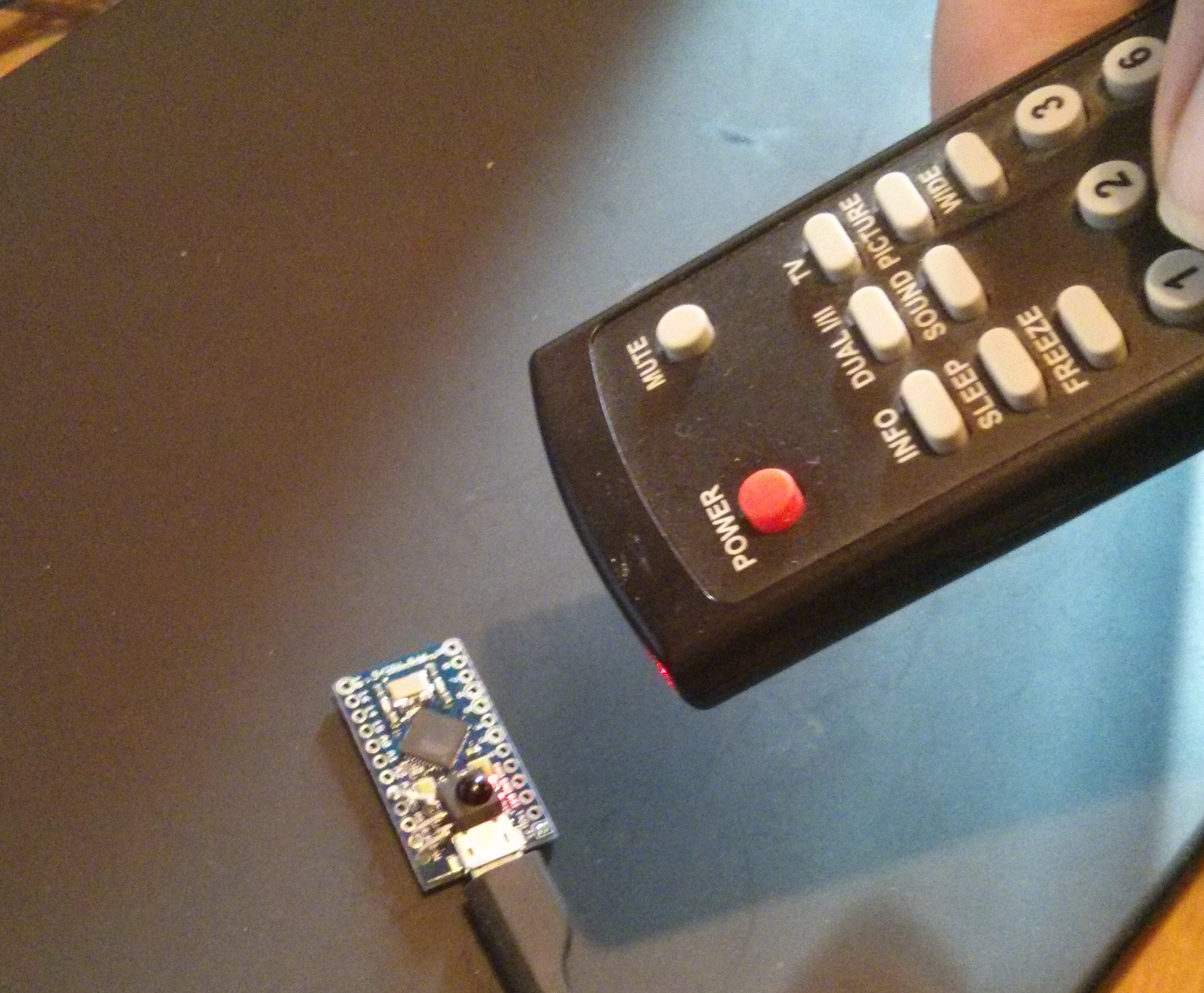